For Inspiration and Recognition of Science and Technology

A unique varsity Sport for the Mind™ designed to help high-school-aged young people discover how interesting and rewarding the lives of engineers and scientists can be.

Why is it unique? 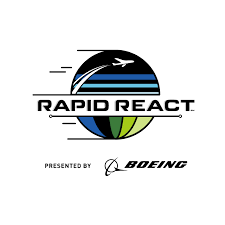 The FIRST® Robotics Competition (FRC®) stages short games played by robots. The robots are designed and built in six weeks (from a common set of parts) by a team of high-school-aged young people and a handful of engineers-Mentors. The students program and remotely control the robots in competition rounds on the field.

Teams are formed in the fall. The annual FIRST Robotics Competition Kickoff in early January starts the six-week “build” season. Competitions take place in March and April. The FIRST Robotics Competition Regional events are typically held in university arenas. They involve 40 to 70 teams cheered by thousands of fans over three days (two days for District events). A championship event caps the season. Referees oversee the competition. Judges evaluate teams and present awards for design, technology, sportsmanship, and commitment to FIRST®. The Chairman’s Award is the highest honor at FIRST and recognizes a team that exemplifies the values of FIRST.

What is needed to start a team:

Over 90% of the high schools and their company Mentors have stayed involved year after year.